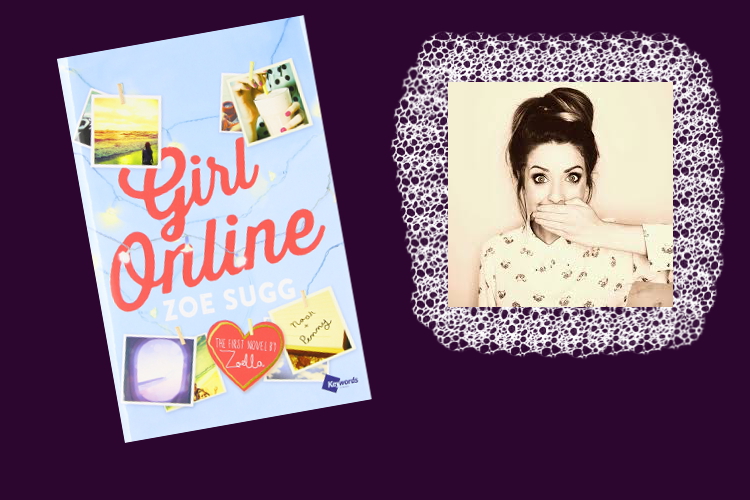 Zoe Sugg is probably the most popular beauty blogger. She has an incredible blog and her You Tube channel has more than 7 million subscribers.

Last year she published a book called Girl online which was accompanied by a huge scandal. It turns out that the novel is not written by Zoe, it’s “ghost written”. This is when you pay a writer to write a book for you but your name is the one on the cover.

A lot of Zoe’s fans were disappointed, but the number of her You Tube subscribers continues to grow. Zoella sold a record number of copies of Girl online during the first week surpassing the success of books like Harry Potter.

I wasn’t planning to read the book, but after I found out that it’s written by a good author I decided to give it a try. In her last video Zoe said that her book is going to be translated in 35 languages.

The main character in the novel is a teenage girl named Penny, who lives in Brighton, writes an anonymous blog and suffers from panic attacks. If you are a fan of Zoella you may notice the similarities.

Penny is still in high school and she is extremely shy and unrealistically clumsy.

Girl online is definitely targeted towards Zoe’s fans who are girls around the ages of 11-12. The story was incredibly naive and reminded me of the movies with Mary-Kate and Ashley Olsen. The book is well written and it’s easy to read. It looks exactly like a “ghost written” book.

I was initially interested in Girl online, because I thought that Zoe is going to share her experience as a blogger with online hate and everything, but the story is not that much about Penny’s blog as about the people in her life.

There’s a lot of problems in the storyline, the story is very unrealistic, but the writing style is good. I would normally give this book three stars, but I’ve given that many to books written by talented writers, so I’ll give it two stars instead.

I am still subscribed to Zoella’s You Tube channel and I enjoy her videos. I really don’t like the change in the blogging community. We shouldn’t forget after all that Zoe is still pretty young and not prepared for the fame, so it’s normal for her to make some mistakes.