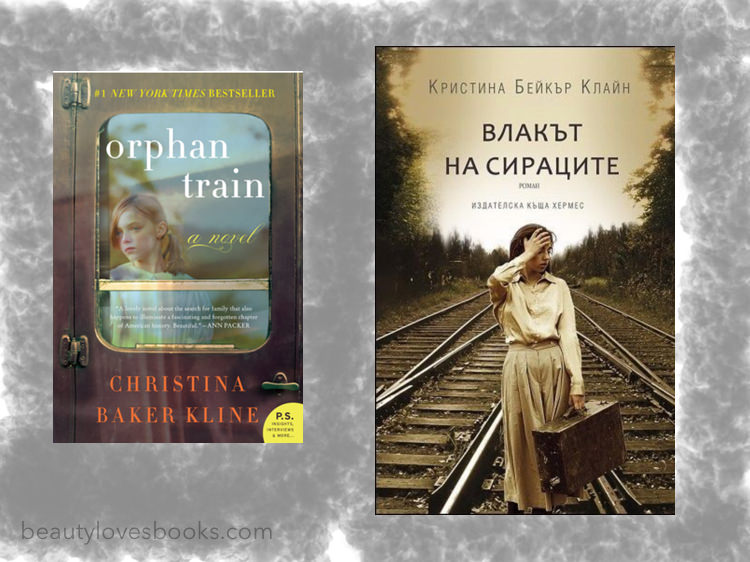 I haven’t written a book review in a while, I even neglected my series “What I read this month”. The interesting thing is that the less I write, the more I read. In the last couple of months, I read some very interesting books.

Orphan train by Christina Baker Kline really impressed me because these trains actually existed (between 1854 and 1929 in the US). Their purpose was to transport the orphans from the big eastern cities to the farms in the Middle West. This system was a predisessor of the foster care system in the US. The trains were supposed to give the kids the chance to be raised in families instead of living on the streets in the big cities. Unfortunately many of the farmers took orphans only so they can use them as free workers. There wasn’t anyone who could protect these children and they often were victims of abuse or lived in terrible conditions.

Orphan train is not a documentary, but a fiction book. The story takes place in this days and age. Molly is 17 years old and lives with a foster family. Her community service assignment is to help the elderly widow Vivian. Vivian was one of the orphans in the orphan trains. The book is mainly about her and the obstacles she had to go through in her life. The storyline reminds me of Oliver Twist.
I have to admit that for the first half of the book I thought that this train is made up. Vivian really goes through a lot. Christina Baker Kline throughly researches the history of the orphan trains while writing the book and even talks with people who were in the trains. These kids were literally like slaves for a lot of the farmers. I liked the fact that the book shows the psychological effects of Vivian’s rough childhood on her life.

I feel like a lot of people will like Orphan train and I recommend it to everyone.