"The heist" by Lee Goldberg and Janet Evanovich 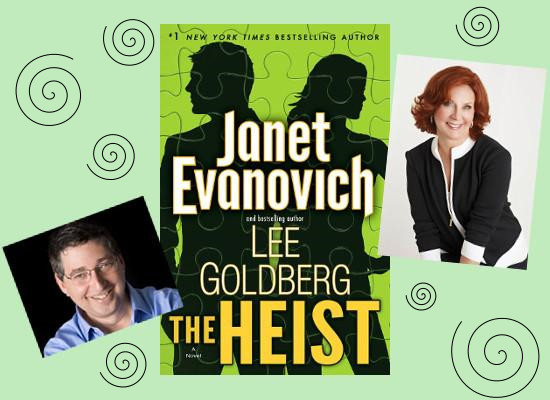 Lee Goldberg is the creator of the tv character Monk. Janet Evanovich is the author of the super successful Stephanie Plum series. Their new novel "The heist" immediately became one of the summer 2013 bestsellars. I personally was a little bit disappointed.

Stephanie Plum is one of my favourite characters. I wrote in my blog about the series a while ago (link). I haven't read the books about Monk but I somethimes watch the tv show. The storyline in "The heist" is somewhere between the tv show "White Collar" and the movie "Ocean's eleven". Kate O'Hare is a detective and she is after the thief and con man Nick Fox for years. When she finally catches him, Fox manages to make a deal with FBI. He is supposed to help them catch dangerous criminals. Kate should be the one to work with him. They gather a crew of amateur con men and go after a thief who is hiding on an Indonesian island.

The storyline was ok. What I did not like were the characters. I just expected so much more from writers like Lee Goldberg and Janet Evanovich. None of the characters is funny. Another problem in my opinion is the fact that there are just to many characters. Nick and Kate are lost in the crowd and the reader doesn't get to know them well enough to like them.

There are things in this novel that are just absurd. Kate's father is some sort of a superhero and he always saves her when she is in trouble. There are pirates in the story??? Kate goes to prison if they catch her while she is helping Nick on their missions. What kind of FBI business is that?

I give three stars to "The heist" because this book is a good beach read. I just expected more from it and I am disappointed. This is the first book in a whole new series. There is a short novel published called "Pros and cons" which is a prequel to "The heist".