The Caster Chronicles:Beautiful creatures by Kami Garcia and Margaret Stohl 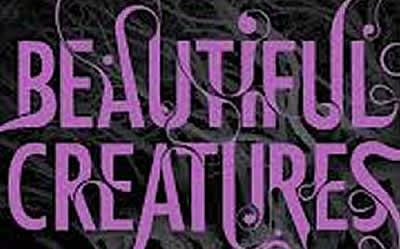 The story is told from Ethan's point of view. He is 16-years old and his only dream is to leave the small town of Gatlin. Ethan meets Lena, who is a witch, and he falls in love. On her 16th birthday Lena would be claimed Light or Dark - good or evil. The story may sound like Twilight but actually the series have nothing in common. I am not a big Twilight fan but I really like Beautiful creatures. The book describes a whole different world, it is full of mysteries and complicated family secrets.

Ethan lives with his father (who is not mentally well after the death of his wife) and the housekeeper Ama. All the members of Lena's family have special gifts. Lena can control the weather. Her uncle Macon is the town's weirdo. The movie based on Beautiful creatures is coming out this February. I am pretty curious to see my favourite character from the books Ridley in the movie. She is Lena's cousin who is Dark. In the books her style is described as the style of the Japanese girls in Harajuku - she has blond hair with pink in it, wears very short skirts, bright colours and high heels. I found a blog about this style of dressing link. Ridley is a Siren and she can make others do everything she wants.

I highly recommend the books and I can't wait to watch the movie.