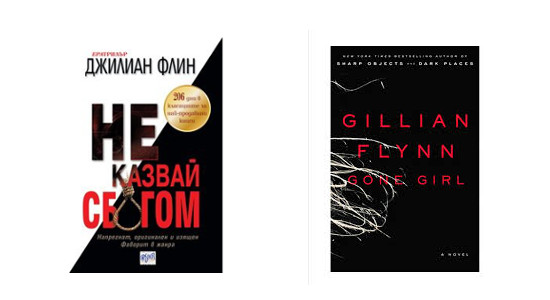 I have a confession to make - I am afraid to read very dark trillers. At the moment Gillian Flynn is so popular that I decided to face my fears and buy the bestsellar "Gone girl". First of all - the book is not scary at all so if you are like me, don't worry, read this book. The main characters in "Gone girl" are the husband and wife Amy and Nick Dunne, married for 5 years. At the beginning of the book I liked them both, by the end of it I thought they are psyphopaths.

Amy is born in New York, her parents are famous psychologists who get rich with the children book series "The amazing Amy". Mrs. Dunne is the inspiration behind the book character and thanks to it she can rely on a trust fund. Amy works only for pleasure in a fashion magazine, she writes the self-help tests. Nick is also a writer in New York. They meet there and they get married.

After the bad economy hits they both lose their jobs. Amy's parents lose almost all of her trust fund money, Nick's mother gets sick of cancer. Nick decides that he and Amy should move to his home town where he can help his sister take care of their mother. Amy gives Nick her last money so he can open a bar in his home town.

One morning, exactly on their fifth wedding anniversary Amy disappears from their home. The story begins here. Nicks acts pretty weird, all evidence point that he has murdered his wife. In the book one chapter is told from Nick's point of view and the next is told from Amy's point of view through her diary. The writing in "Gone girl" is incredible. I would read some of Gillian Flynn's other books "Dark places" and "Sharp objects" but the stories in them sound really dark.

"Gone girl" is full of unpredicable twists, at some point the story starts to look unreal. The characters are incredibly weird. A movie base on the book is expected next year. The cast already includes - Ben Affleck(41) as Nick Dunne, Rosamund Pike(34) as Amy Dunne, Tyler Perry as Nick's lawyer. A secondary role has the model Emily Rotajkowski who is the brunette from Robin Thick's video Blurred lines. In the book Nick is 4 years younger than Amy. 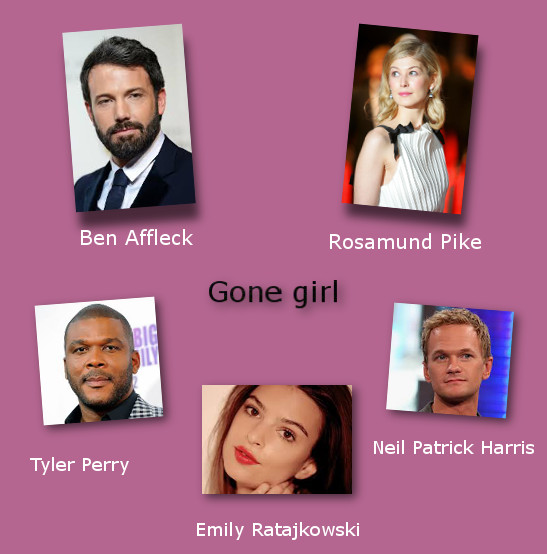